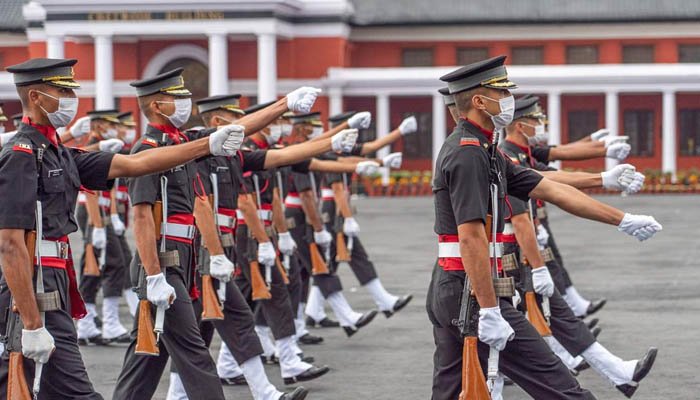 The NDA exam is a competitive one, and it is held twice a year in September and April. This test is given by UPSC each year. Every year, a large number of applicants submit applications for this exam, but only a small percentage advance to the following stage. Now that you know how difficult this exam is, therefore, you must work very hard if you’re a student who wants to pass the NDA exam and enlist in the Indian Army.

Along with hard work, appropriate planning and preparations are equally important because poor preparation became the reason the majority of applicants could not go to the next level. So a good institute that will provide the best NDA Coaching is must and Chandigarh career group is the institute known for providing best NDA Coaching in Chandigarh. We make an effort to cover all the bases regarding NDA tests in this post, including the question of whether or not commerce students can sit for the exam.

You won’t be qualified for the Air Force Navy or the Naval Academy, as eligibility criteria for the Air Force and Naval Wing require the student to have passed Class 12th with Physics, Chemistry, and Mathematics from a state or central board. If you are planning to crack the NDA exam, then the sooner you start the preparation, the more chance you have to crack the NDA exam, and Chandigarh Career Group is the best institute for NDA coaching in Chandigarh and we will help you crack the exam.

How to Apply For NDA Exam?

If you are a student who wants to crack the NDA exam but you don’t know how to apply for NDA exam and where to get the information about the upcoming NDA exam. You should follow our website Chandigarh career group we help you get notified about the upcoming NDA exams. We regularly provide latest notifications regarding NDA exam. We provide you with information regarding the NDA syllabus, exam pattern, qualifications required etc.

NDA Exams are help for selection in Army, Air Force or Naval Wing.

Does 12th percentage matter in NDA?

The answer is no; your 12th-grade percentage does not matter in the NDA Exam. The percentage or marks you received in 12th grade have no bearing on NDA selection. Many students, even those whose grades in class 12 weren’t the best, managed to pass this exam, in my experience. Therefore, you can apply without worrying about getting a bad grade. As long as you passed the 12th grade exam, you are eligible for not only the NDA but also most competitive exams, and if you are in the 10th grade and planning to clear the NDA examination, you should start preparing right away because there is a lot of competition, and we are the best NDA coaching in Chandigarh; we will prepare you for the exam, so you can crack it and achieve your dream.

Chandigarh Career Group will update you on any fresh information regarding the NDA exam. And in this article, we aim to put your mind at ease by clearing the doubts you have about Can Commerce student give NDA exam. For further details contact us.